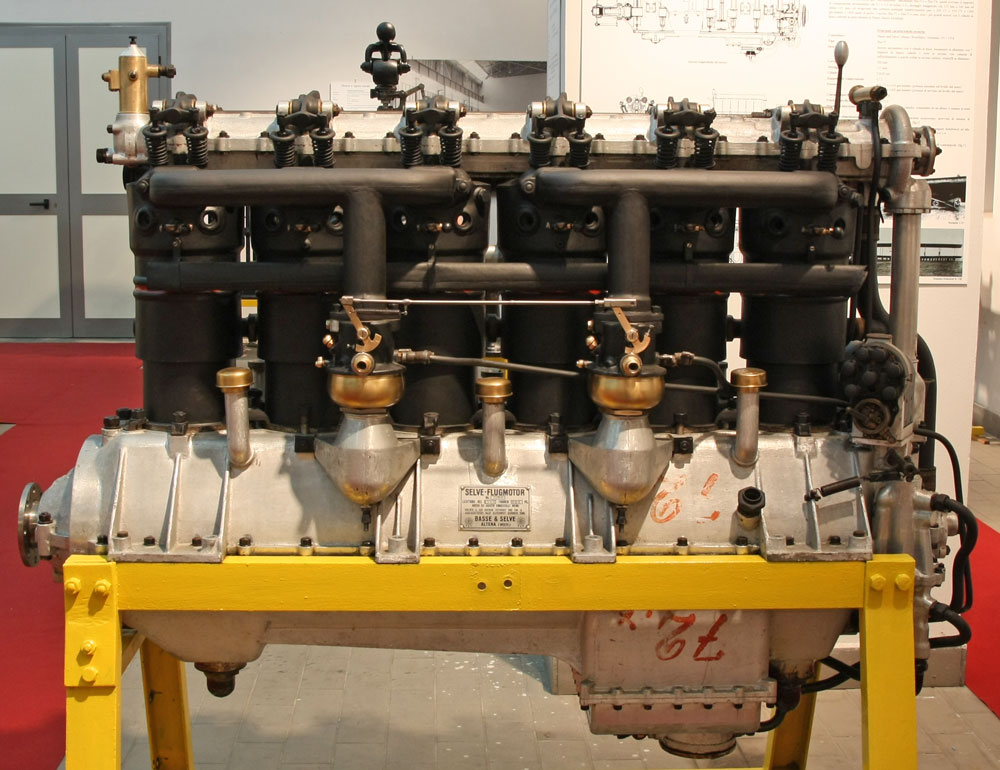 Since 1906, Basse und Selve AG was a famous factory with a leading position in the production of aluminium pistons and, similarly to many other industries, was involved in the war production during World War I, on behalf of Idflieg (Inspektion der Fliegertruppen, Air Force Inspectorate). At the end of 1915, B&S overcame even the scepticism of the military authorities on the technology of aluminium pistons and obtained an order from Idflieg for an inline 6-cylinder engine for 300 hp. A first 20-liter version for 260 HP was consequently developed with 4 valves per cylinder driven by an overhead gear-driven camshaft. It was originally equipped with pistons made of aluminium. The validation and approval tests of 1916/17 were interrupted several times due to many problems and B&S was forced to a complete re-design of the engine. As a result of the changes and of the new displacement of 22.7 liters, the engine Bus.IV passed the approval tests in October 1917 with 278 HP in normal operating conditions. B&S produced 330 examples of this engine to equip the heavier military aircraft of classes G and R: bombers and long-range reconnaissance. Subsequently, in order to reach higher performance, especially at high altitude, two other engines of the type "surcompressed" were developed from Bus.IV and were denominated Bus.IVa and Bus.Vü: these ones had an increased compression ratio (from 4.7 to 5.6 and finally 6.3), an increased bore (from 155 mm to 160 mm and finally 165 mm) and delivered a rating power of 300 hp and 350 hp respectively at 1400 rpm and 1800 m altitude. The engines Bus.IV and Bus.IVa were the greatest inline 6-cylinder engine built in series during the First World War.