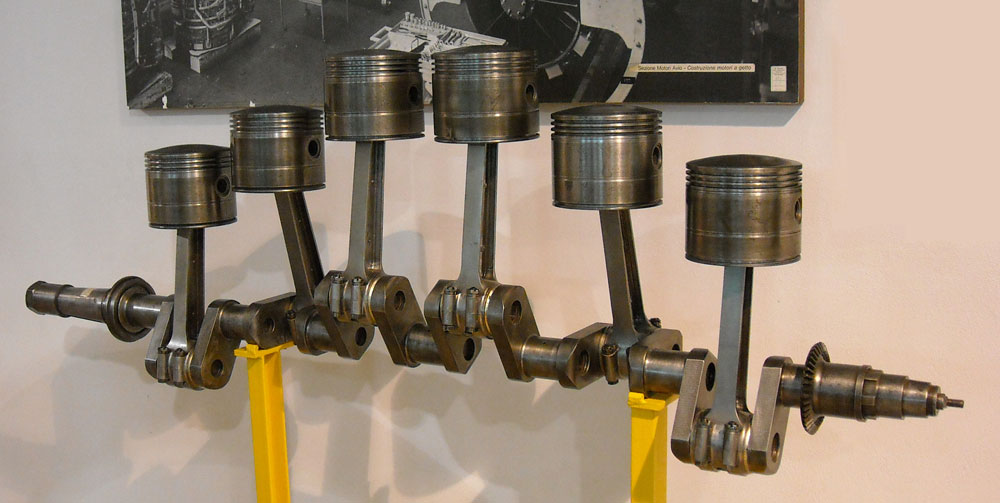 The Mercedes D.IVa was an aircraft engine with six-cylinder in line produced by the German company Daimler-Motoren-Gesellschaft in 1916 to replace, in the range 200-299 hp ("klasse IV"), the previous disastrous Mercedes D.IV with 8 cylinders. The D.IVa took up most of the constructive solutions of the Mercedes engines, with a new 4-valves per cylinder arrangement and a particular attention to the reduction of the frontal area. To this purpose, the carburetor, normally mounted on one side, was placed behind the engine and connected to the cylinders through a long intake manifold. This, in turn, entailed the disadvantage of not distributing evenly between the cylinders the air-fuel mixture. The D.IVa was produced in various versions, for a total of 4550 samples, and developed until the end of the war. The aspirated versions were produced in two series, with different direction of rotation, for the use on twin-engine aircraft; later, in the search for ever greater power at high altitude, some supercharged versions with centrifugal multistage compressors were developend in cooperation with various manufacturers: Schwade & Co, Brown Boveri, AEG and Siemens-Schuckert. Finally, an experimental version with direct fuel injection was developed in 1918 in collaboration with Junkers.