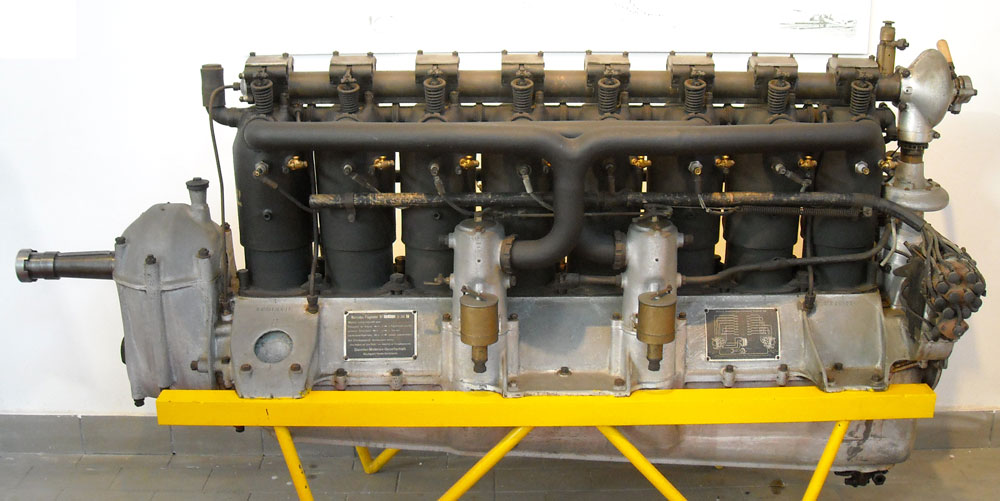 The Mercedes D.IV is an 8-inline-cylinder aircraft engine manufactured by the German company Daimler Motoren Gesellschaft during the First World War. The D.IV was the first mass-produced German engine equipped with a propeller reduction drive. Its construction scheme derived from the previous and very successful D.III, from which it differed for the larger number of cylinders (from 6 to 8). The engine overcame the acceptance test in December of 1915, but it was produced in only 429 copies because of its poor reliability, mainly due to the fragility of the crankshaft for its excessive length. Because of this the D.IV was soon replaced by a completely redesigned engine, the D.IVa with 6 cylinders. The designation similar between the two engines is due to the rigid classification then in use in Germany, based on groups of power output by (I to VI), in which the first letter indicates the manufacturer.