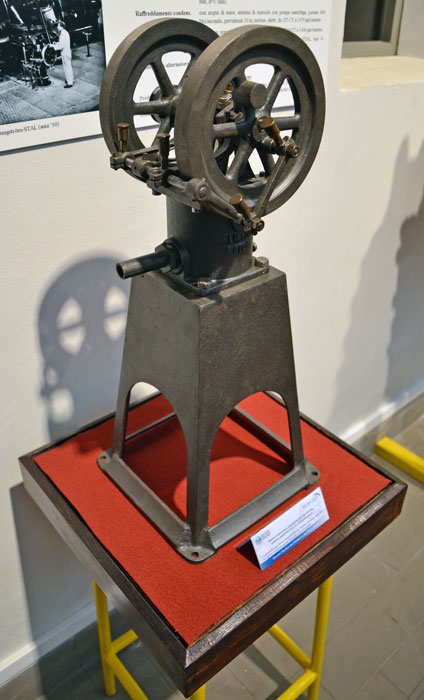 The company Louis Heinrich Maschinenfabrik, founded in 1876, was one of the leading manufacturers of stationary engines of small and medium size, operating according to the Stirling cycle. These engines feature simple design, noiseless operation and can be feed with various fuels (both liquid and gaseous). Stirling engines were developed between the late 800 and early '900, before the spread of internal combustion engines. Usually they were employed to drive small industrial or laboratory machinery, as well as used for domestic equipment such as to drive hydraulic pumps or fans. Nowadays these engines are quite rare and are collected by many enthusiasts.