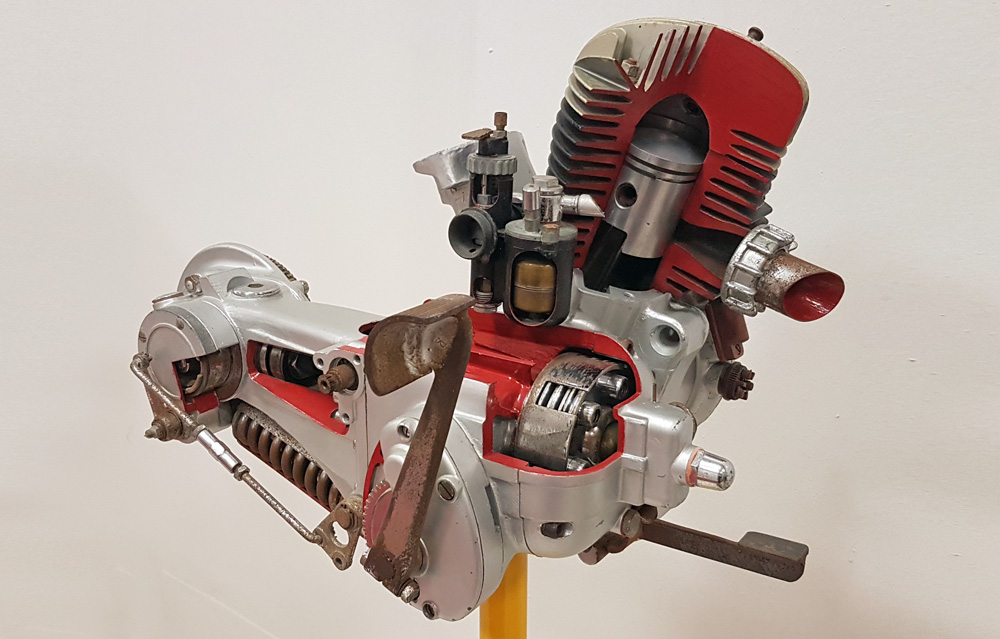 After the Second World War, many Italian factories such as Innocenti, Piaggio and others began the mass production of various types of scooters. In 1947 the Innocenti presented the scooter Lambretta which was produced in many series up to 1972. The model 125 C, introduced in 1950 with various improvements, featured the caracteristic powertrain system composed of a 2-stroke single-cylinder engine and a 3-speed transmission.