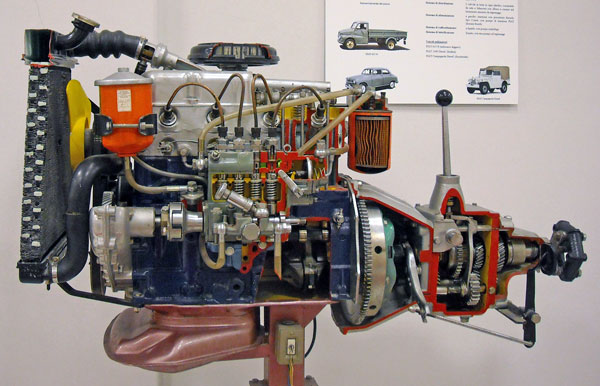 The Diesel engine type 305 was developed by FIAT, in the early '50s, starting from the petrol engine type 105. Initially it was used for the light truck FIAT 615 N and, in 1953, for the FIAT 1400 Diesel, making it the first Diesel engine produced in Italy for passenger cars. From the same year the engine was also used for the light off-road FIAT Campagnola Diesel. The 305 engine was built in various versions with improved performance. This model has been partially sectioned for didactic purposes.