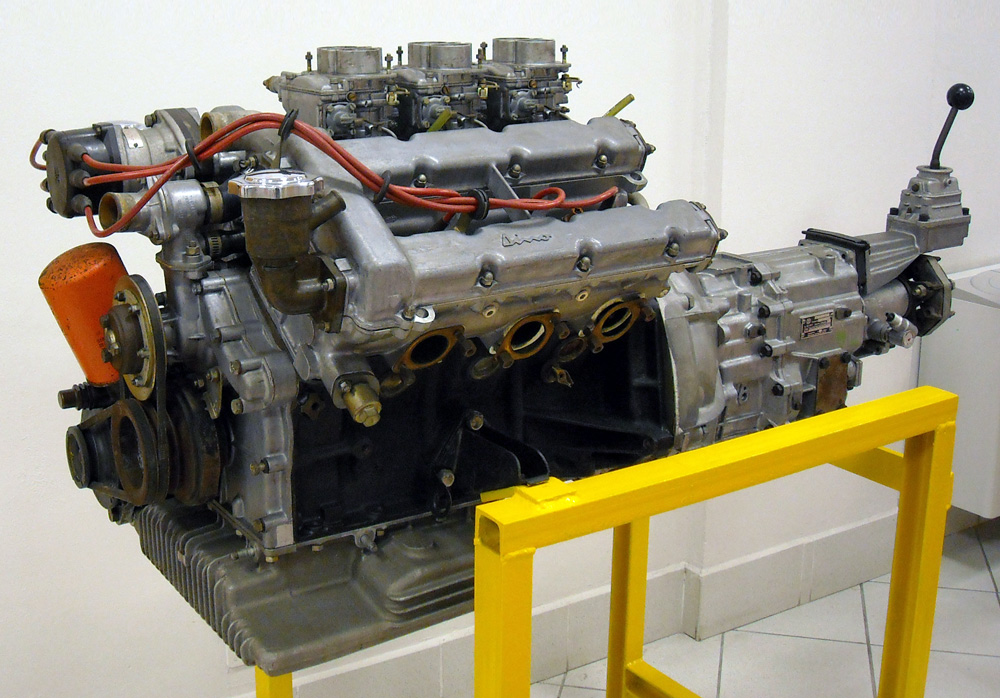 The FIAT Dino 2400 engine has been introduced in 1969, replacing the previous 2000 cm³ model. The new engine featured a cast iron cylinder block with a better reliability and a greater power output (180 hp). Thanks to its high performance, it has been used for the renewed FIAT Dino coupè and spider as well as the new SEFAC (Ferrari) Dino 246 GT/GTS. Starting from 1973 the engine (type 135C) has been also used for the production of the Lancia Stratos sport car, which reached numerous successes in several international competitions, winning the Group 4 world rally championship in 1974, 1975 and 1976.