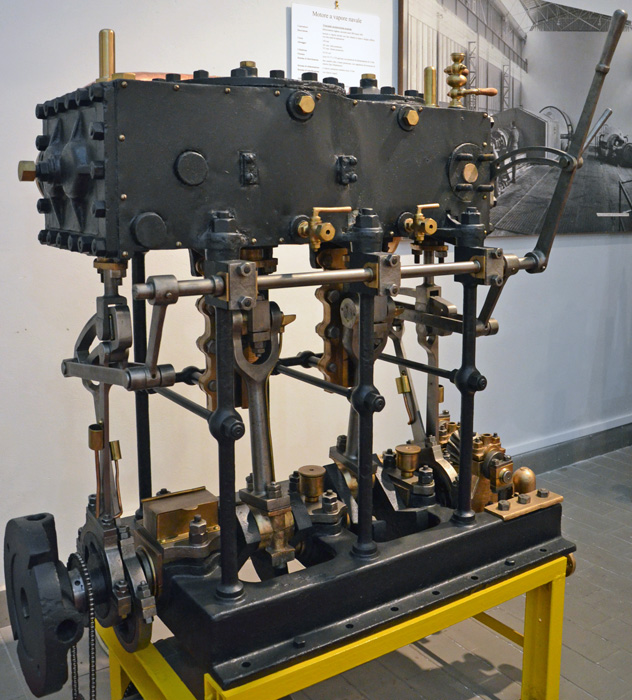 This is a marine steam engine featuring the typical arrangement widely used for motorboat propulsion from the late XIX century up the first decades of the XX century. This engine has a control system with two sliding valves (high and low pressure) operated by a Stephenson mechanism, used as load regulator and speed reverser. The overall dimension of this engine suggests the employment in small vessels such as yachts and fishing boats. Although this type of engines were produced in large quantity, only few specimen of such dimensions have survived today.

Small motorboats such as yachts, tugboats and fishing boats.