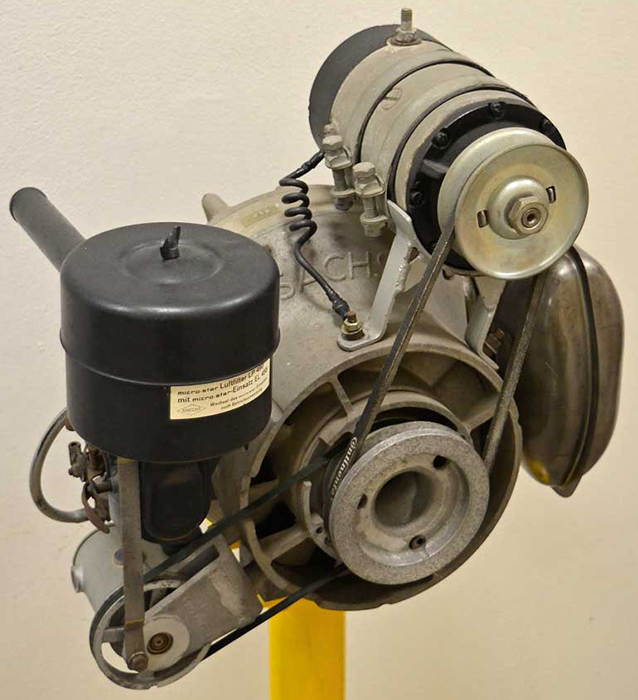 The particular rotary engine developed in the early 1950s by Felix Wankel found a large variety of applications from the beginning of its production. The first prototype was completed in 1957 by NSU and subsequently many other industries bought the manufacturing license. The Fichtel & Sachs started to produce Wankel-type engines at the beginning of the 1960s for stationary equipment, boats, motorcycles and small agricultural machinery. One of the first engines produced was, in 1965, the model KM 48, initially conceived as a stationary engine and later adapted for various uses including motor gliders (with the K8B version). Thanks to its compact size and good mass-to-power ratio, the KM 48 was one of the first Wankel rotary engines used in aviation.The production of the KM 48 and K8B was concluded in 1975 due to the oil crisis.