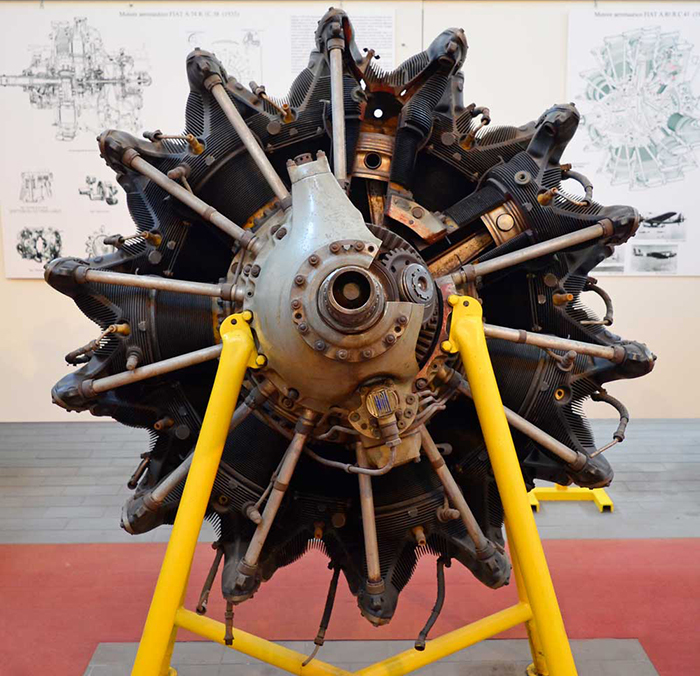 The FIAT A.74 Ciclone is a twin-row, radial aircraft engine with 14 cylinders, with a max. power of 940 hp. Before the 1930’s FIAT mainly developed liquid-cooled aircraft engines so the FIAT A 74 and the FIAT A 80 have been the first high power air-cooled airplane engines produced by FIAT in the 30’s. These engines, produced in various version, have been derived from a Pratt and Whitney model and have been then developed by FIAT with several original design improvements. Despite they have been produced in a large number up to the first part of the 1940’s, due to several reasons, only few specimen survived up to nowadays. These engines have been widely used for many aircrafts up to the 1940’s, mainly in military aircrafts.