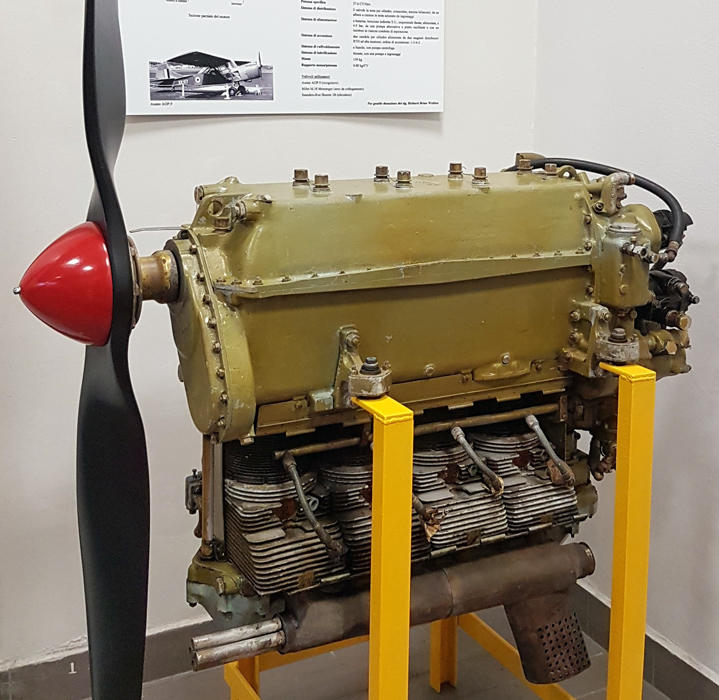 The Bombardier engine was designed by the Cirrus Engine, a division of the British company Blackburn, starting from the end of the Second World War. The engine was produced in 300 units until the mid-1950s, mainly to equip the reconnaissance aeroplanes Auster AOP.9. The Cirrus Bombardier was one of the first British engines homologated for mass production to be equipped with a port-injection system, made by Skinner Union (SU). This allowed an increase in engine efficiency (lower specific consumption and about +25 hp) than the Cirrus Major III model with the same displacement. Despite it was designed for small airplanes, the engine has fine features, with a large use of light alloys, including the Elektron (a Magnesium alloy) for the crankcase and other structural parts.